Through the sea haze she saw the final stream of small boats appear. From this distance she could make out the decks crammed with soldiers.

For nine days the small boats had shuttled across the channel to Dunkirk. Over three hundred thousand men had been saved and returned to Dover.

As the boats drew closer, the haze thickened. They disappeared. Mary knew Johnny hadn’t made it off the beach.

Mary turned and looked up at the castle, on top of the white cliffs. Underneath were the tunnels from which the Navy had run the evacuation. She thought of the hours she had spent relaying messages and updating charts, stooped in the dark, damp rooms, praying that her love would be on one of those boats.

Every year Mary came back to the same spot. This year would be the last. A cruise ship and an oil tanker maneuvered out the port while she stood watching. Frail but undiminished she took in the view one last time. She had diligently remembered her Johnny and his comrades all these years. For all their sacrifices, what would they make of the world we were left with today?

Like that day 76 years ago, as the mist enveloped the horizon, she felt hope disappear. 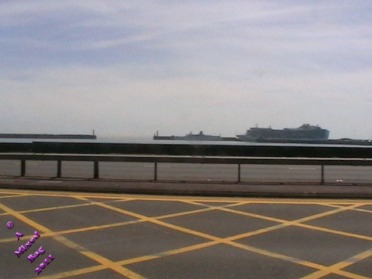 Written as part of Sunday Photo Fiction. Write a story of around 200 words based on the photo prompt given (above). For more details visit HERE.

32 responses to “LEST WE FORGET”