With just the finishing touches and final edits to go, I’m delighted to announce my second novel, ‘State Of Denial’ will be published on the 27th September 2019.

This is the second book in a planned trilogy, and a follow up to last year’s ‘A Justified State’.

‘State Of Denial’ picks up three years after the events of the first book, with Danny Samson living in the wilderness, on the run from the State. Meanwhile, a young, ambitious journalist from the Capital receives an intriguing proposition and heads north to investigate rumours of State corruption and a burgeoning rebellion.

You can watch the teaser trailer for ‘State Of Denial’ below:

The Amazon Kindle version is available to pre-order now through the following links:

The paperback version will be published simultaneously on the 27th of September.

Thank you to all those who have already bought and read ‘A Justified State’ and for the many kind reviews and comments. I hope you will enjoy the sequel and how the story continues just as much.

‘A Justified State’ is available now on Amazon in paperback and on Kindle: 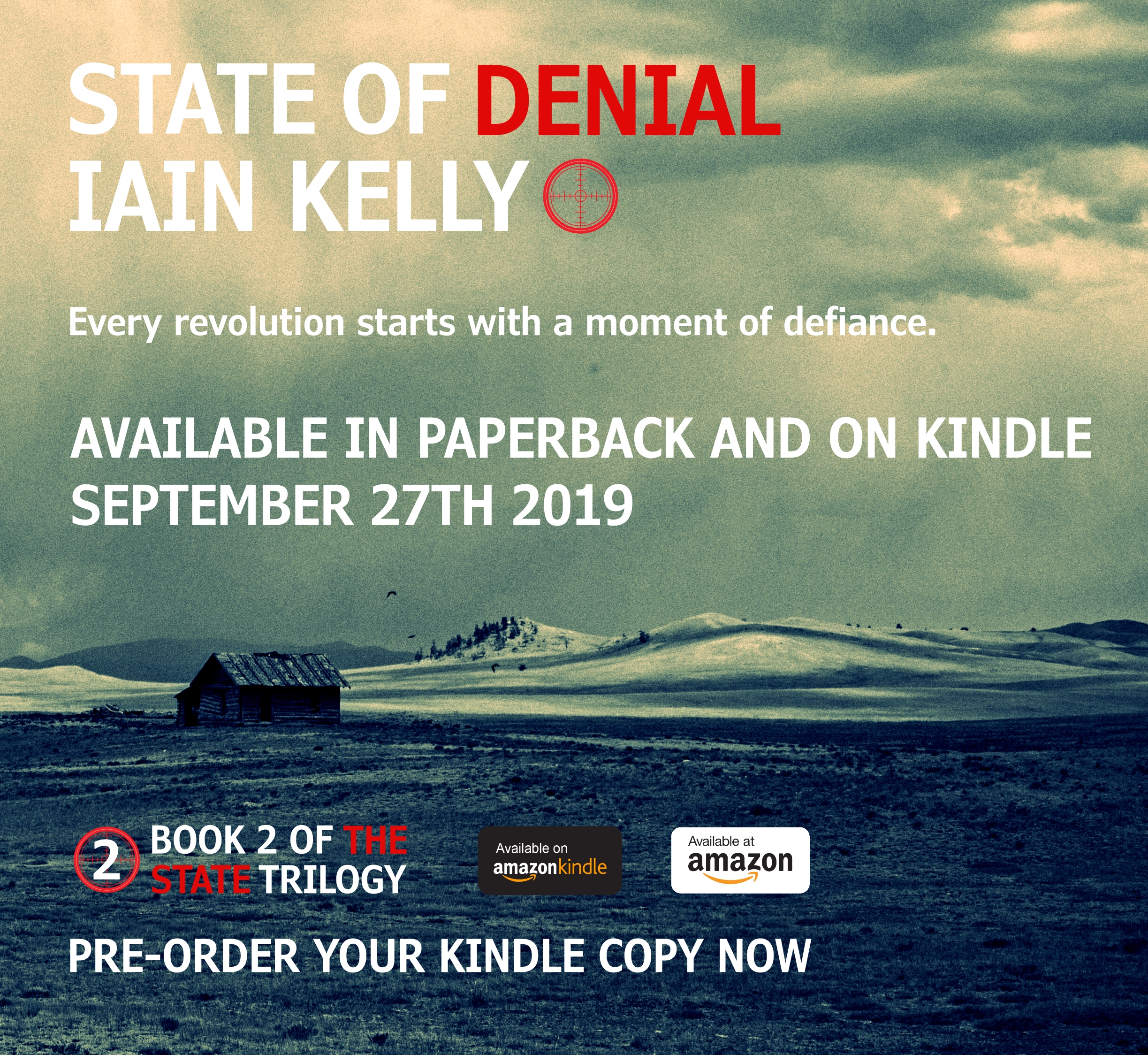 19 responses to “STATE OF DENIAL – THE NEW NOVEL COMING SOON”