The insults poured from their mouths like dark water cascading in a torrent, tumbling on top of him and those he loved.

The more they beat him down, the more determined he was to stand up.

In the end, like the rocks worn down by years of abuse from a waterfall, he could take the punishment no longer.

Hate bred hate. He turned in despair to those he had once dismissed, the radicals and fundamentalists whom he had sworn never to follow.

Now they had given him everything he needed to exact revenge. To show his daughters what happened to those that abused them in their homeland.

The moment was near, he felt the rush of adrenaline. It was an unstoppable force that drove him on.

There could be no turning back, like the downward unrelenting path of a river, his destiny was mapped out.

Hate bred hate, and his hate would bring death.

This is a response to the #writephoto Prompt: Torrent Still curated over at Sue Vincent’s Daily Echo. Click on the link to read other stories inspired by the image.

For this week only my two novels are available for just $1.50 (50% off) as part of the Smashwords ‘Read an eBook’ sale: 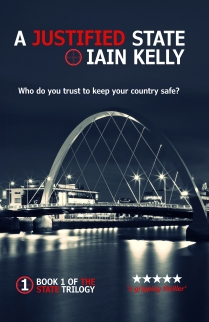 14 thoughts on “TORRENT OF ABUSE”