Down in the valley where nobody should go, Franklin shuffled along in the gloom, making his way back home, dragging the body behind him.

Pesky kid. Why had they come here? Still, more fuel for the living room fire and a handsome dinner tonight.

No doubt someone would come looking, snooping around. He would have to hide out in the hills until they left.

Probably here on spring break, tourists, always looking in places they shouldn’t. The locals never ventured down in the valley where nobody should go.

The last time they came they were looking for his parents. They didn’t find them, or Franklin. He watched them for days until they finally left.

Since then they left him alone. He had learned to survive on his own. His parents had taught him well before he decided he didn’t want them around anymore.

And every now and then he would leave the valley and hunt for some fresh meat. The rabbits and cats and stray dogs were nice enough, but sometimes he felt like a change.

Down in the valley where nobody should go, Franklin arrived at his wooden shack. Time to get the fire going and look out Mother’s old recipe book. 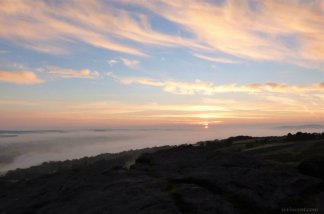 This is a response to the Thursday Photo Prompt – Valley curated over at Sue Vincent’s Daily Echo. Click on the link to read other stories inspired by the image.

35 thoughts on “DOWN IN THE VALLEY”