S IS FOR ŠIAULIAI, LITHUANIA 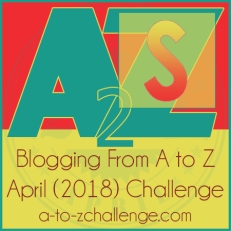 A STORY OF SUBSISTENCE IN ŠIAULIAI, LITHUANIA

She threw the rock into the lake and watched the ripples spread across the calm surface. The warm sun beat down on her face. She lay back on the pebbled ground and closed her eyes, taking a draw from the cigarette she had smuggled away with her. How long before they came for her? She didn’t care, right now she just wanted to enjoy the moment.

The American couple would be at the orphanage by now. The alarm would have been raised when they had been taken to her room and found it empty. Sofija wasn’t sure if this would put them off adopting her or not. They hadn’t been put off by her special needs status.

‘Just act normally,’ the Director had told her before the first meeting. She understood the paperwork said moderate developmental issues, she had overheard the doctors and carers talking. It was needed to allow someone from another country to adopt her through the international programme. It was easy to act dumb when she knew no English, when the man and woman spoke to her she just smiled or frowned or stared into space.

The Director explained that Mr. and Mrs. Robinson had come to take her away to a better home, where she would be loved and cared for with toys and a good school and new friends. She would go to America and start a new life. She could forget about the life she had survived so far in Šiauliai. There was little hope for her future in Lithuania, The Director explained.

But Sofija had heard enough on the television, even at twelve years of age, to understand that America was not the land of light and promise it was made out to be. They didn’t want immigrants there. Besides, she was comfortable where she was. Abandoned when she was born she knew nothing about her mother or father. She had lived her whole life in the orphanage, her world consisted of her room there and the streets of Šiauliai. All the friends she had ever known had been at the orphanage with her. She knew nothing else, so could not appreciate what else she could have. Of course, she saw the smartly dressed children in the streets going to the better schools, she saw the expensive cars and the glamourous ladies around the town, but she was happy where she was.

Rėkyva Lake was one of her favourite places to visit. She had come on the orphanage day trips before, and now liked to come on her own, especially in the summer. Every time she did abscond she would face punishment when she had been retrieved. Perhaps no evening meal, although given the quality of food they served in the kitchen, that as not so much a punishment as a godsend. Perhaps locked in her room for a day or two, but she had her books and a pencil and paper, she could occupy herself.

The sounds of the town hummed in the background, almost drowned out by the noise from the nature reserve that was behind her. In four years she would be old enough to work, she would have to leave the orphanage and make her own way in the town. She lay and imagined what her life would be like if she worked as a waitress, or an artist or a cleaner. Maybe she could work at the orphanage and look after the younger children.

For now she was content to lie in the sunshine and avoid the Americans who wanted to take her from her home. There were plenty of other children who would be happy to leave Šiauliai behind, but not her. 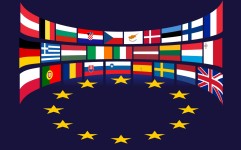 Each day in April we will visit a different town or city in the European Union, whose name will begin with the letter of the day – today its Šiauliai in Lithuania – for a story based on a theme also corresponding to the same letter.

75 responses to “S IS FOR ŠIAULIAI, LITHUANIA”