‘Bagpipes aren’t even a Scottish invention.’

‘But they are the Scottish instrument.’

‘No one in Scotland goes around dressed in kilts.’

‘Okay, the odd bloke might, but he smells of whiskey and urine and people steer clear of him.’

‘The American tourists love this stuff.’

‘That’s a show put on for tourists.’

‘I know. The Japanese lap it up too.’

‘I suppose you think the Loch Ness Monster is real.’

‘What I’m saying is Scotland is a much more modern country now. It’s more than these old contrived traditions and stereotypes.’

‘The canny businessman. Get your tartan DVDs here, two for a fiver!’

Last week I had a short holiday and got to enjoy the real attraction of Scotland – the scenery. A couple of pictures from Lochgoilhead: 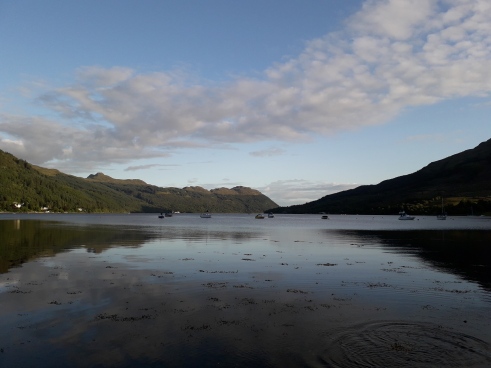 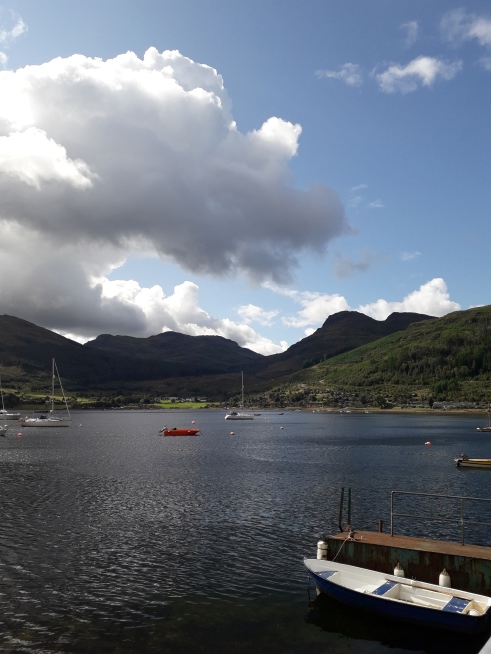 37 thoughts on “A TRUE SCOTSMAN”