She lined up the various jars at the sink. She screwed her face up in disgust at some of the labels. His attempt to help was well intentioned, but ill-conceived.

She had been living with type-1 diabetes for 20 years. She had patiently explained carb counting and insulin injections to him, as she had had to do for so many before.

He presented her with the jars and boxes last night. Low-carb alternatives, he said. It was sweet of him, she thought, as she tipped the sickly peach jelly down the plug hole.

She smiled. He had at least earned a second date.

Written as part of the Friday Fictioneers challenge hosted by Rochelle Wisoff-Fields (more details HERE). The idea is to write a short story of 100 words based on the photo prompt (above).

⭐⭐⭐⭐⭐ – ‘A spellbinding sequel…Get lost in the pages…through passages that may have you holding your breath.’

⭐⭐⭐⭐⭐ – ‘an easy series to get drawn into. Well written, the plot flows effortlessly…A gripping sci-fi’ 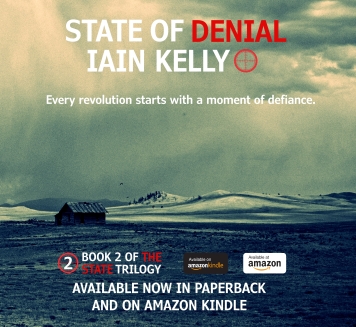 ‘STATE OF DENIAL’ OUT NOW in PAPERBACK and on AMAZON KINDLE: