The thing weighs a tonne, almost broke the table when I finally hefted it onto it.

Got some buttons on it. Give one a tap and it makes a pleasing ‘clack’.

Letters on them. Some sort of coding device?

Nowhere to plug it in, can’t see an on button.

Bit at the top slides side to side, doesn’t seem to do much else.

Scratch my head and stare at it. It stares back, useless.

The metal will probably be worth something. Could barter with it at the market.

Pick up the hammer and smile. I enjoy this part.

Written for Friday Fictioneers hosted by Rochelle Wisoff-Fields (more details HERE). The idea is to write a short story of 100 words based on the photo prompt (above). 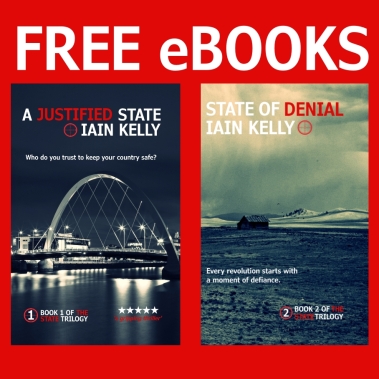 I had a fantastic response to my novels being made FREE to download on Amazon last weekend, with over 250 eBooks downloaded. Hopefully they will pass a couple of days for those isolated at home. I hope everyone is safe and well.

Until MIDNIGHT tonight (Wednesday) A JUSTIFIED STATE is still FREE on AMAZON. After the Amazon promotion ends (they can only run for 5 days at a time), both novels will remain FREE as eBOOKS from SMASHWORDS and BARNES AND NOBLE until April 20th. 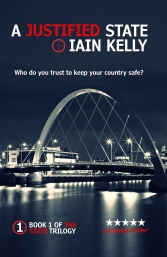 A JUSTIFIED STATE – THE STATE TRILOGY BOOK ONE

BARNES & NOBLE (NOOK) (use the coupon code BNPFREESTATE at the checkout)

FREE eBOOK:
BARNES & NOBLE (NOOK) (use the coupon code BNPFREESTATE at the checkout)