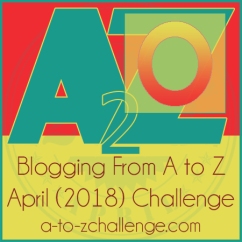 A STORY OF OBLIGATION IN OGRE, LATVIA

Kūrmāja, the house, at 32 Brīvības Street in Ogre was the social hub of the small town. Here the local newspaper had its offices, next to the café on the lower floor. Above the rooms comprised a boarding house. In the evenings the high circles of society gathered for refreshment and gossip and occasionally a social event. Tonight was such an event. Ogre had finally been granted official status as a town. The collection of buildings and streets gathered at the confluence of the Daugava and Ogre rivers had grown steadily over recent years, since the start of the twentieth century. It was no rival to Riga, the capital, not even close, but the local elite were immensely proud of their small community.

On this particular evening in the café, the local architect Šervinskis stood next to Mayor Pētersons, who was waxing lyrical about his successful efforts to have the town’s status upgraded to the select group of dignitaries who surrounded him. Each interrupted Pētersons at various points to make oleaginous remarks and congratulatory compliments. The Mayor revelled in his success and his toadyish company.

‘Of course, we shall need to build a new town hall worthy of our new status, Šervinskis,’ Pētersons winked at Šervinskis. Šervinskis had designed the very building in which they stood, and many others in the surrounding streets. He smiled and tipped his head in reply to the Mayor’s implied compliment of his talents.

‘And the new church building will have to be upscaled somewhat,’ pitched in Reverend Balodis, referring to the recently started project further down the street.

‘Naturally,’ Mayor Pētersons agreed. ‘This opens up a whole new era for us gentlemen, one of prosperity and opportunity.’

Across the room, the wives stood in their own circle. While the elder ladies gossiped, the younger women looked dully around the room. Šervinskis saw Olga standing on her own to the side of the main group. She wore her auburn hair tied in a loose bun, strands falling over her bare shoulders. Her voluminous gown hid the curves and contours of the body he knew so well beneath. As he stared she caught his eye, as he hoped she would.

‘Excuse me gentlemen,’ Šervinskis announced to the group, offering no explanation for his departure. He crossed the room and exited through a side door that led to the upper floors. No one paid him any attention. Mayor Pētersons continued his expostulating as a waiter arrived with a fresh tray of champagne glasses.

Olga waited a minute before slipping out the same door unnoticed. She found Šervinskis in their usual room. In the dark they embraced.

‘Your husband is at his most obsequious tonight,’ he told Olga.

‘Can we please not talk about him,’ she kissed Šervinskis on the mouth. ‘We cannot be absent too long,’ she warned when they finally broke away from each other.

‘He is so self-obsessed he will not notice our absence. And even if he did, he would not dare believe that something untoward was occurring between us.’

‘Or perhaps not even care,’ Olga agreed.

‘He wants me to design our new town hall.’

‘Oh you must,’ Olga’s hands wandered across his body, loosening his clothes and feeling the warm skin underneath. ‘It is an obligation. You will have to visit regularly to keep him apprised of your plans.’

‘Naturally,’ Šervinskis agreed between deep breaths. ‘Just as I was obligated to do so when building his current home, the new school and the mayoral and council offices.’ 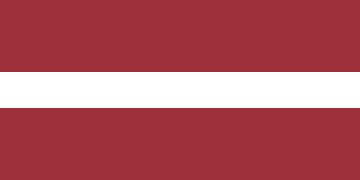 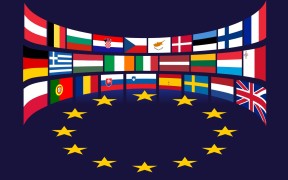 Each day in April we will visit a different town or city in the European Union, whose name will begin with the letter of the day – today it’s a Ogre, Latvia – for a story based on a theme also corresponding to the same letter.