Q IS FOR QUIMPER, FRANCE 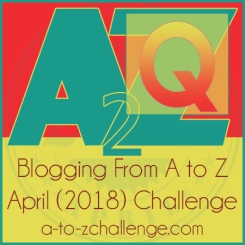 A STORY OF QUERULOUSNESS IN QUIMPER, FRANCE

‘It’s unusual in that it bends in the middle to match the contours of its location and avoid an area of swamp,’ Agnes read from the guide.

Agnes gave him a withering look and carried on reading from the pamphlet. ‘Some have suggested the odd shape of the cathedral’s inclination to the left as representing Christ’s head leaning to the left on the cross.’

Someone tutted and shooshed in Agnes’ direction as her commentary disturbed the solemn peace in the cathedral. Unhindered she opened her bag and after a fair amount of rustling found the boiled sweet she had been searching for. ‘Want one?’ she offered it to Archie.

Archie shook his head and left her to follow the guidebook round the building. As he walked away he heard the crinkling of the wrapper being unfurled and caught the grumbles of those seated near to Agnes.

It wasn’t that Archie wasn’t impressed by Quimper cathedral, it was perfectly fine as a grand gothic monument, it was just that he had lost count of the many churches and cathedrals and grand old buildings he had been dragged round over the last fortnight.

Agnes had been insistent on booking the holiday. ‘Who knows what hoops we’ll have to jump through to get to France this time next year,’ she said, referring to the ongoing and unending chaotic process that was Britain leaving the European Union. Archie was fairly sure that whatever the outcome, they would still be able to vacation anywhere in Europe, but it was easier to go along with Agnes when she set her mind to something.

They had shared many enjoyable breaks in France before, however, they had stuck to the main cities: Paris; Nice; Marseilles. This trip was different. For a start it was a coach tour which meant they were on the travel company’s timetable and itinerary and were stuck with the group of fellow travellers crammed into the bus with them.

Agnes had, of course, struck up a number of friendships along the way with other couples, whether they desired her company or not. Archie had resolutely stayed in the background, speaking only when required to do so out of politeness. Occasionally he spotted the look of sympathy directed his way from other passengers as Agnes volubly gossiped with them. Not that any individual on the tour was particularly objectionable, it was more that collectively the group of pensioners and retirees reminded Archie of how old he had become.

He thought back to his youth, when he had first visited France he had been in his early twenties. He had jumped on a ferry from Dover, hired a car and toured Brittany and Normandy, with a final carefree stay in Paris, and all the romance that that city imbued. This was before he had met Agnes of course, and he never did tell her of his hedonistic fortnight with Berenice.

Ah, Berenice. There had been nothing like that on this holiday. Quimper was to be their final stop before heading back to England.

‘Come on, Archie,’ he heard Agnes call across the hushed cathedral. ‘Time to get back on the bus.’

Archie sighed and headed back to the grand entrance doors. Age rather than Brexit would make this the last time he would see France, or Europe, but for the future generations that were to follow, he hoped that the opportunity to explore the wonders of different cultures and societies would not be inhibited.

‘Coming, dear,’ he mouthed back at the beckoning Agnes. He looked forward to resting his feet on the coach and falling asleep as they trundled back to Calais and the English Channel. 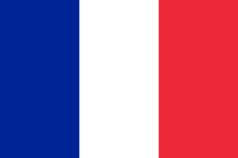 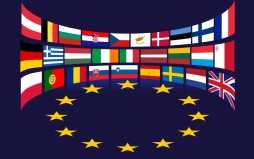 Each day in April we will visit a different town or city in the European Union, whose name will begin with the letter of the day – today it’s catching up with some regular characters from my blog fiction in Quimper, France – for a story based on a theme also corresponding to the same letter.

87 responses to “Q IS FOR QUIMPER, FRANCE”