A STORY OF ROUTINE IN ROME, ITALY

The old man sat under the umbrella of the cafe, shaded from the strong Roman sun. Sipping from the cool ice drink he watched the people go by.

Every day he sat at the same table, in the same chair, facing the same direction. Around him Piazza Navona bustled as it always did. Excited, loud groups of school children ran across the ancient cobbles mixing with bus tours of the ponderous elderly. Teenagers by the fountains took selfies with their phones. Couples sat in each other’s arms, heads resting on shoulders, stealing the occasional kiss.

Piazza Navona looked glorious as it had done for decades. In the centre Bernini’s magnificent Fontana dei Quattro Fiumi, topped with the Obelisk of Domitian, stood proudly, the flowing water glistening in the sun, flanked to the north by La Fontana di Nettuno and to the south by La Fontana del Moro. On the opposite side to the café was the church of Sant’Agnese in Agone, in all its Baroque splendour.

For all its beauty, the locals tended to steer clear of the public square, especially in the summer months when the tourist season was at its peak. Throughout its history, it had never been a calm or peaceful part of the city. Nowadays it was constantly filled from dawn until dusk with busloads of Americans, Japanese, French, British and more. Yet every day the old man came and drank his cappuccino under the shade of the same umbrella.

Behind the dark sunglasses and underneath the panama hat it looked like the old man had fallen asleep. But, when the bell in the tower rang at midday he sat up straight, straightened his jacket and shirt and looked to the door on the far side of the square. It opened on cue, as it did every day at the same time.

She strode out across the square. The crowds of people seemed to part in front of her. He marvelled at how effortlessly she glided on the uneven cobbles in her heels. The eyes were hidden behind chic sunglasses, her auburn hair fell from beneath the stylish wide-brimmed hat. Her hips swayed in the tight pencil dress that stopped just below the knee exposing the tanned and toned calves. She was Sophia Loren and Anita Eckberg and Daniella Bianchi all rolled into one. She looked neither left nor right, dining not to cast a glance on the mortals who shared the same space as she.

The old man watched her walk from one end of the piazza to the other until she disappeared from view. The sights and sound of the world resumed. He stood, left his money for the coffee and ambled away.

Tomorrow he would return and take his seat at the same table as he did every day. 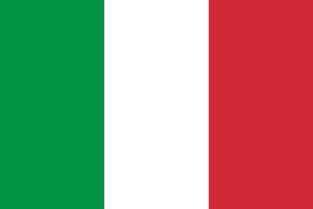 Each day in April we will visit a different town or city in the European Union, whose name will begin with the letter of the day – today its Rome in Italy – for a story based on a theme also corresponding to the same letter.

This story was previously posted in a different guise under the title LADY MADONNA.